Below, please find answers to the most common questions about CBD and Purity CBD™ products. Have a question that isn’t answered here? Feel free to contact us anytime and we’ll be happy to help.

CBD stands for Cannabidiol. It is one of over 120 naturally occurring cannabinoid compounds found in Hemp Cannabis, an annual herbaceous flowering plant. PurityCBD™ carefully and safely extracts Full-Spectrum CBD using the entirety of the plant for maximum benefits. Studies have shown using the whole plant is better than isolating CBD because of the “Entourage Effect”, meaning CBD was shown to be much more effective when used along with other compounds of the cannabis plant than when it was used by itself.
PurityCBD™ Full-Spectrum oils contain CBD, CBDA, CBGA, CBDV, CBC, THCA (0.15%), and natural terpenes. Our products contain 0.15% or less THC, so you get to experience the wonderful health benefits of PurityCBD™ Full-Spectrum CBD without the concern of an altered state of mind, or drowsiness.

There is a lot to consider when looking for effective and safe CBD oil products. Since CBD is becoming more popular, new companies and brands are entering the market every day looking to capitalize on an expanding customer base. There are many practices used in the CBD industry, and not all are best methods. As is often the case with large companies, decisions that affect product safety (like hemp sourcing, extraction methods, and packaging) are often made with the goal of generating the most profit for the company, not necessarily providing the highest-quality (or safest) product. At a bare minimum, you should know the farming methods used, the extraction process, the amount of CBD in the oil, how the product is stored and packaged, and the quality of any added ingredients.

There are many methods of CBD extraction available. Some processes use solvents and chemicals to separate the oil, which can leave chemical residue in the extracted oil – making them less safe and less clean. Purity CBD™ is mindful of our extraction method to separate the oil from the raw plant’s flowers and leaves, allowing our product to be clean and effective.

Most CBD extracts are mixed with other ingredients to create different CBD products. Purity CBD™ is conscious of every single ingredient that is added into our products. We want to provide our customers with the cleanest, safest, most natural, chemical-free CBD products possible.

To learn more about our extremely high quality standards, please read about Our Process and our Commitment to Purity.

How Does CBD Work ?

What Are The Benefits of CBD ?

Here are a couple good places to start:

Leading research is finding that Agricultural Hemp CBD may be helpful in the following ways:

Many clinical studies are showing positive therapeutic benefits from Hemp CBD to help balance the body and mind.

Does CBD Have Any Adverse Side Effects? What About Drug Interactions?

For most there are no adverse side effects. There are two known drugs to be aware of:

Do I Need a Prescription for CBD?

The answer is no. Purity CBD™ products are from agricultural hemp and are non-psychoactive, meaning they won’t “get you high.” Agricultural hemp, meaning hemp that contains less than 0.3% THC, is not unlawful to ship across the United States. Purity CBD™ Full-Spectrum CBD only contains roughly 0.15% THC – at this low concentration, you will not experience the feelings of a “high”.

Purity CBD™ agricultural hemp CBD oils are grown organically, in small batches and sustainably farmed in Colorado. Each batch is rigorously third-party tested for safety, quality and cannabinoid content to meet our high quality standards. Read more about Our Process and Our Commitment to Purity.

CBD Dosage – How Much CBD Should I Take?

The beauty with CBD therapy is it is a personalized medicine, you will need to find the right dose for you. Each individual has a varying degree of needs and relief they are looking for. CBD is biphasic, meaning it can be energizing or sedating. When taken in small dosages (2-10mg) it is energizing, when taken in larger dosages (11mg +) it is often more sedating. The FDA has not created a Recommended Daily Intake (RDI) for CBD, which means CBD does not have an “official” serving size.

Here are some factors to consider in determining your ideal dosage:

As with most substances, individuals with more body mass will require more CBD to experience its effects. With that being said, a good rule of thumb to determine your proper CBD dosage is to take .3mg – 4mg of CBD for every 10 pounds of body weight based on the individuals level of pain per day. Tinctures are taken under the tongue. Hold the drops under the tongue 30 to 60 seconds before swallowing for maximum benefit.

When first starting with CBD “less is more”. Start with a low dose and see what type of relief you find. Take a few small doses over the course of the day rather than one big dose. Use the same dose and ratio for several days. Observe the effects and if necessary adjust the ratio or amount.

Children can benefit from PurityCBD as well when administered by a parent or legal guardian; consult with your pediatrician before adding a new supplement to your child’s diet.

With Purity CBD™ Gummies, one gummy has 10mg of CBD. For adults start with one gummy – remember, less is more. Modify dosage as needed. For children, start with a half of a gummy and modify as need.

Both tinctures and gummies can be taken before bed to help with sleep, or taken during the day to help with relief from pain, anxiousness, and improved focus.

Terpenes are a large and diverse class of organic compounds, produced by a variety of plants that are the major components offering their lush aroma. In 3 seconds, the body responds to the aroma of an oil. It profoundly impacts the nerves, cells, and mood via the limbic system of the brain. Because PurityCBD™ uses the whole hemp plant, our oil extract includes all of the natural terpenes and their many benefits, magnifying the therapeutic benefits of the plants individual compounds.

Top Terpenes and their effects:

Limonene: The most pungent citrus-oriented terpene, giving off scents of lemon and orange while relieving stress and elevating moods. In addition to being relaxing, it has antibacterial, anti-fungal and anti-carcinogenic properties.

Beta-Caryophllene: This terpene is found in cannabis, and its scent is often described as sweet, woody, spicy and peppery. Beta-caryophyllene has been known to take away pain and is used medicinally as an anti-inflammatory remedy.

Linalool: Yet another sedative terpene, linalool gives off hints of flowers and citrus to mellow things out. Aside from promoting relaxation, it can also be used for anti-convulsing, anti-anxiety, anti-depressant and anti-acne treatments.

Myrcene: This earthy and musky scented terpene can also be found in bay, ylang-ylang, wild thyme, parsley and hops. Myrcene is famous for its sedative effects, as well as its use as an antioxidant, an anti-carcinogenic and for reducing pain inflammation.

Eucalyptus: Is a balancing and stimulating terpene that gives off a spicy and minty aroma and is also found in rosemary and eucalyptus. Medicinally, it can be used to increase circulation, anti-bacterial, aids in breathing, aids in memory, and relieves pain as well. 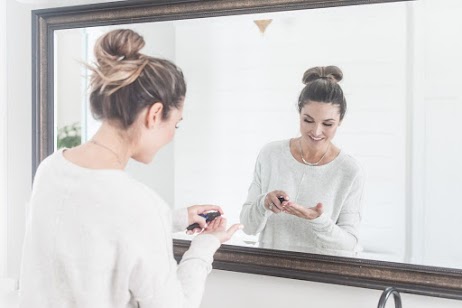